Find Out About Membership

Joining Tulsa Bird Dog Association represents the best value for your dollar in upland hunting and dog training. Literally, you can’t spend better money than the $40 annual dues to join TBDA. Yup, that’s right. Just $40 a year. Let that sink in and then read about what you get for your money here . . . 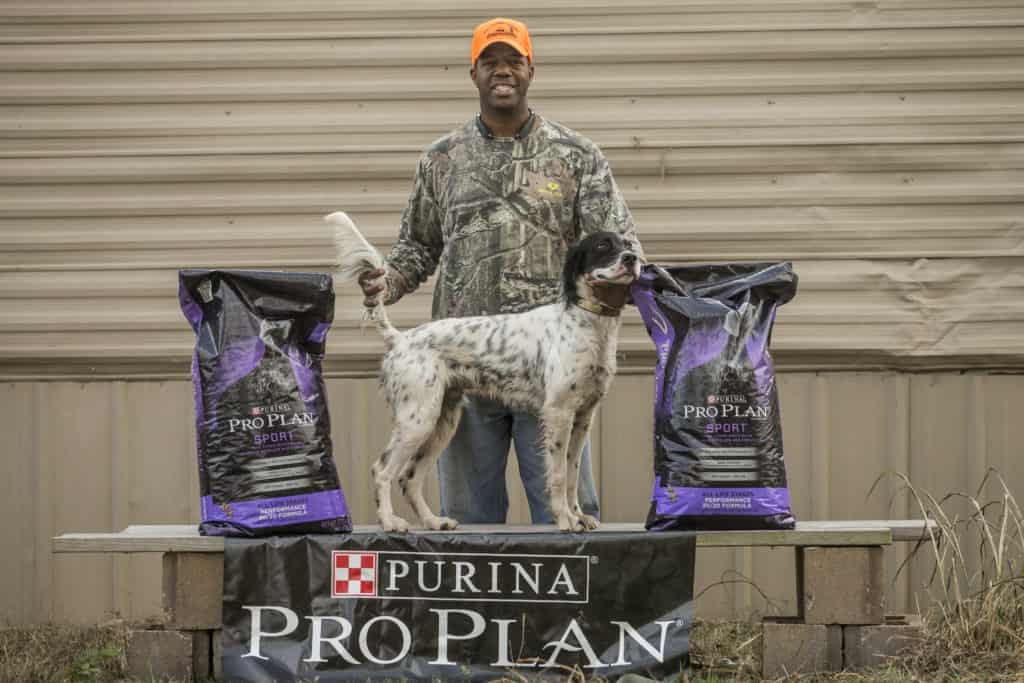 Chief does it again 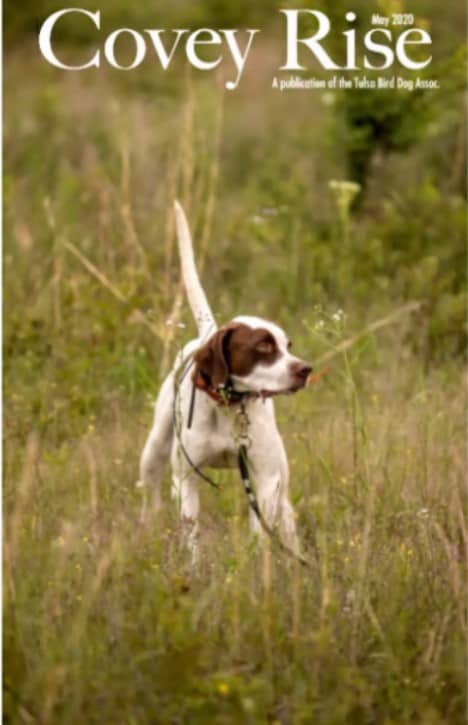 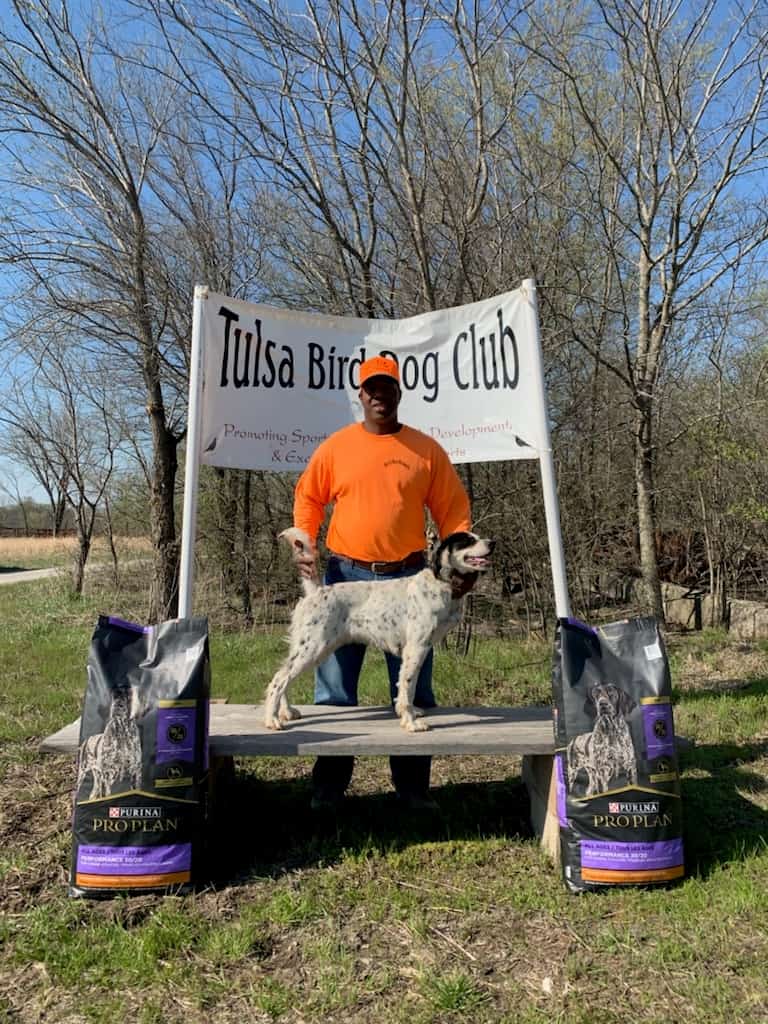 Picking up where he left off in the spring, Rusean Hardman and his dogs, which he obviously spends some quality time with, ran the tables on the field. Coming in 1st, 2nd, and 3rd in the gun dog field. And it’s not like some very good dogs and handlers didn’t give him some competition, it was close. The day started off warm and very humid, so humid the first brace was handicapped with fogged eye glasses from the start, speaking from experience. The second brace found us all in a good ole Oklahoma thunderstorm, complete with can’t see 10 yards downpour, followed by some lightning driving us off the field with 10 minutes left. The dogs loved it. 30 minutes later when it cleared, the participants were asked if they wanted to return and finish their time. Nope, they had cleared all but one bird from the field and wasn’t worth the effort, as they doubted that one really wet bird would be able to fly if found. Ha, The rest of the day was warming with a nice breeze drying things out. Warming enough that Gene Gray had a scare in the 6th brace when Duffus, his English Pointer, got the stagers with 4 minutes left in his brace. Being a really good dog, he had found two birds and was working hard when Gene noticed something off. He called him off and asked for help, as the dog was some 80 yards away, and his brace competitor, James Parnell was able to get a hand on him That quick work got Duffus some water and a ride quick to a water barrel. When last I talked with Gene, who left for home right after, Duffus was weak but recovering and booked for a vet visit on Monday. A serious heads up to the rest of us, hot temps and a early in the season hard run, can get a hard driving dog, heck any dog, in real trouble fast. You need to know your dog and keep a close watch, or they will run themselves to death for us. The Puppy field was it’s usual close match with 1st, new member Tanner Rhodes’s Dot, getting 4 birds, 2nd place, James Parnell’s Pudge with 3, and Rusean Hardman’s Ruby also with 3 birds. The difference between 2nd and 3rd was 7 seconds to the first find, with Larry’s Naas’s Gunner finding his first bird 33 seconds after that for 4th. That is some great puppy work, can’t wait to see them go head to head in the big field. Congrats to Tanner on your first trial, I think Dot might be a keeper. A close inspection of the scoreboard will reveal an anomaly, Glenn Almy in the 5th brace scored a 144 with 3 fulls, but is not noted as coming in 4th. If you look closely you can see that no time to the first find was noted. The story was that Hoss struck a beautiful back on his bracemates point about 5 minutes into the run. When collared by Glenn and sent on his way with some good dog comments, he took off at speed and the judge had to move with him to keep him in sight. Some 200 yards later he hit a majestic point and held it till Glenn was able to walk up and flush that bird, and although puffing hard, got the job done. The judge was really in awe of Hoss, who looked like a statue in that prairie grass, and was fumbling with his wet phone camera and failed to note the time. Another bird was found several hundred yards later and again the hunting partners got the job done. With Glenn commenting that, see I told you I was better on birds than those dang clay pigeons at the Gun Club. Things slowed down as both were feeling the heat and hard work, when with 29 minutes 47 seconds into the 30 minute brace, ole Hoss slammed to a rock solid point. Glenn was informed by the judge about the amount of time he had to produce a bird, once the 30 minute time limit was reached, confirm this amount of time by checking out the Gun Dog rules on the web site, and again they got it done. Due to the judges error, in not noting the time to the first find, the scoreboard is not correct. Since his bracemate went on to collect 3rd place, and since Glenn is 84 years young, and justifiably proud in sharing that he was cleared as cancer free by MD Anderson in Houston last weekend, after giving up most of a lung, I am making a judgement call and awarding him 4th place. Any objections will be handled in person with the judge, Bob Dorn It was a beautiful Oklahoma fall day with rain, thunder and lightning, and sunburns. Thanks to all the members who volunteered to band and plant birds, judge puppies, run to pick up lunch, and do all the other things necessary to put on a quality field trial. The dogs had a great day. Thank you also to Purina our sponsor for the winners dog food and to the Oler family for allowing us to use this beautiful piece of Prairie. See you all on 10-16-21 for the next go round.

Our trial season is quickly approaching with the first trial on 10-2-21. Saturday 9-25 is our grounds prep day where we set the boundary posts, put out the water barrels and blinds, mow the parking lot and week eat around the club house. If you are a new member it’s a great way to meet the guys and gals, see the grounds and generally start feeling at home. For older members it’s another opportunity to be the one to find the flag pole hole plugs. Ha. So bring you week eater, tractor and brush hog if you have one, and join us about 8 am for a couple hours.

WE ARE HAVING A MEETING

That’s right after more than a year we are having a club membership meeting. Tonight, 8-24, 7 PM at Los Cabos Mexican restaurant next door to Bass Pro Shop in Broken Arrow. Hope you can make it. 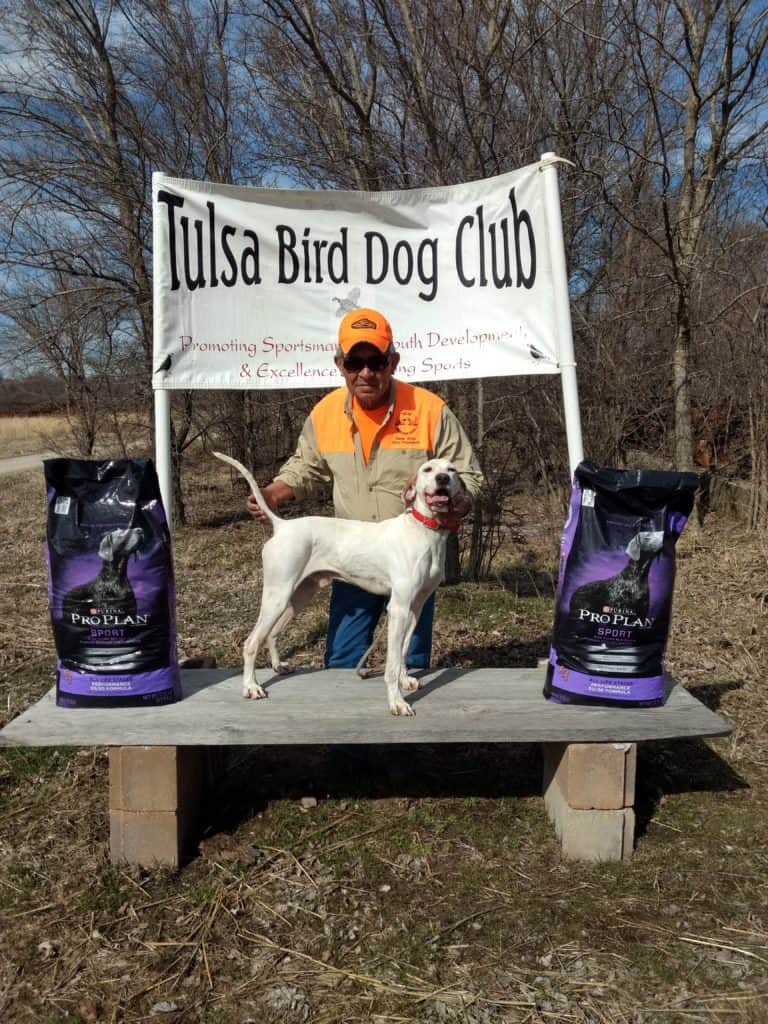 Saturday 3-20-21 was the first day of spring, the equinox, where the day lite hours and night hours are equal. It’s like an alarm clock for the prairie, everything comes out of the winter sleep and stirs to life. This last Saturday did not disappoint, with a clear sky, a nice breeze and, at 34 degrees at 8am, comfortable temps. It did get warmer later in the day and the full water barrels, thanks to Gene and Darrell, were put to good use. Rusean Hardman and Duece had a great run early and said, “OK match that”. Gray and Joe did just that but did it a minute and 33 seconds faster to the first find, and won the tie. Rusean knew the score to beat and when he and Sassy, the TBDA Dog of the Year, hit the field just before lunch and they got close, real close. They had a nice back but Sassy missed out on a retrieve and fell 5 points short, but she was fast, real fast, to that first find at 57 seconds. Tom Alexander and Truper took 4th while Tom Krause and KC came in 5th, with Mick Gill taking 6th in the last brace of the day. Rusean Hardman took that same determination onto the Puppy field and took 1st place with Ruby, while last weeks first place pup, Larry Naas’s Gunner, came in 2nd and Keith Lindsay’s Namoi took 3rd. We had a nice tortilla warp from Harp’s for lunch and everything ran really smooth with Larry Naas keeping everyone on time and keeping score, while Doug Cross really helped with some timely bird planting. Tom Krause left a dog at home and filled in at Judge without a complaint, despite a couple of train wreaks with backing dogs, marked and scored on birds staying on the field, and dogs that wanted to run to the horizon. Our thanks to Purina our great sponsor who provided the winning dogs Pro Plan Sport, to provide our athletes some good nutrition. Thanks also to Philip Ezell for providing the birds which flew great, and as always the Oler Family for the use of their wonderful little piece of he prairie. Our next, and last, trial of the spring is 4-3-21, Easter weekend thanks to the delay caused by our snow and ice storm, but looking forward to another wonderful spring day. Hope to see you there.